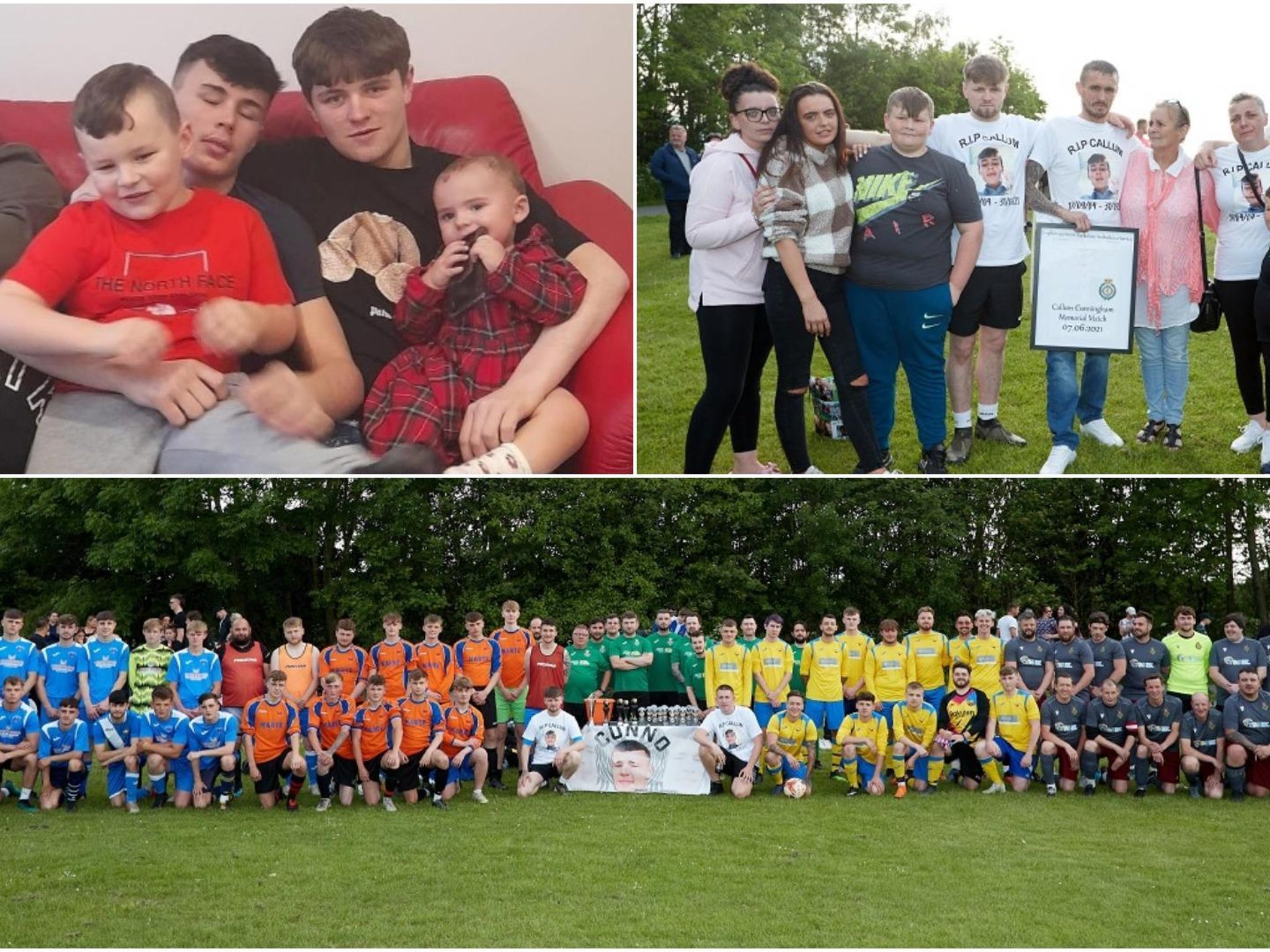 The 17-year-old from Crofton died suddenly on May 31 and thousands of pounds have been raised to go towards his funeral and his devastated family.

To help boost the funds, a four-team tournament was organised for Monday evening at The Sidings in Crofton.

It was attended by Callum’s family, and many people wore T-shirts bearing his photo.

Callum’s friend Luke Kilcommons, who helped organise the tournament which involved Crofton first team, the second and third teams, along with a Yorkshire Ambulance Service side.

He said: “It went well, a lot of people turned up for it from all over, and a lot of money was raised.

“It was quite a loving atmosphere and everyone came together to show support.”

Luke said he and Callum had been friends since high school and added: “He was an amazing lad who was so energetic, funny and always up for a laugh.

“You always knew you could rely on him and he was a really nice sound lad.

“He will be missed so much by every single person who knew him.”

Meanwhile, Eastmoor Dragons ARLFC, with whom paid Callum played rugby for, paid their own tribute, calling his death as “truly heartbreaking”.

They said: “Callum was a truly terrific player, with the heart of a lion, who feared nothing on the field and gave everything, every time he pulled the Eastmoor shirt on. However, more importantly, Callum was a terrific young man who was great to be around.”

Two fundraising pages have so far, between them, raised more than £5,700.

To donate, log onto GoFundMe and search “Callum Cunningham

To help boost the funds, a four-team tournament was organised for Monday evening at The Sidings in Crofton.

Callum’s family with a shirt presented by the Ambulance service

Callum was described as someone you always knew you could rely on and a really nice sound lad.

Wanted: 16 people police urgently want to speak to in Wakefield