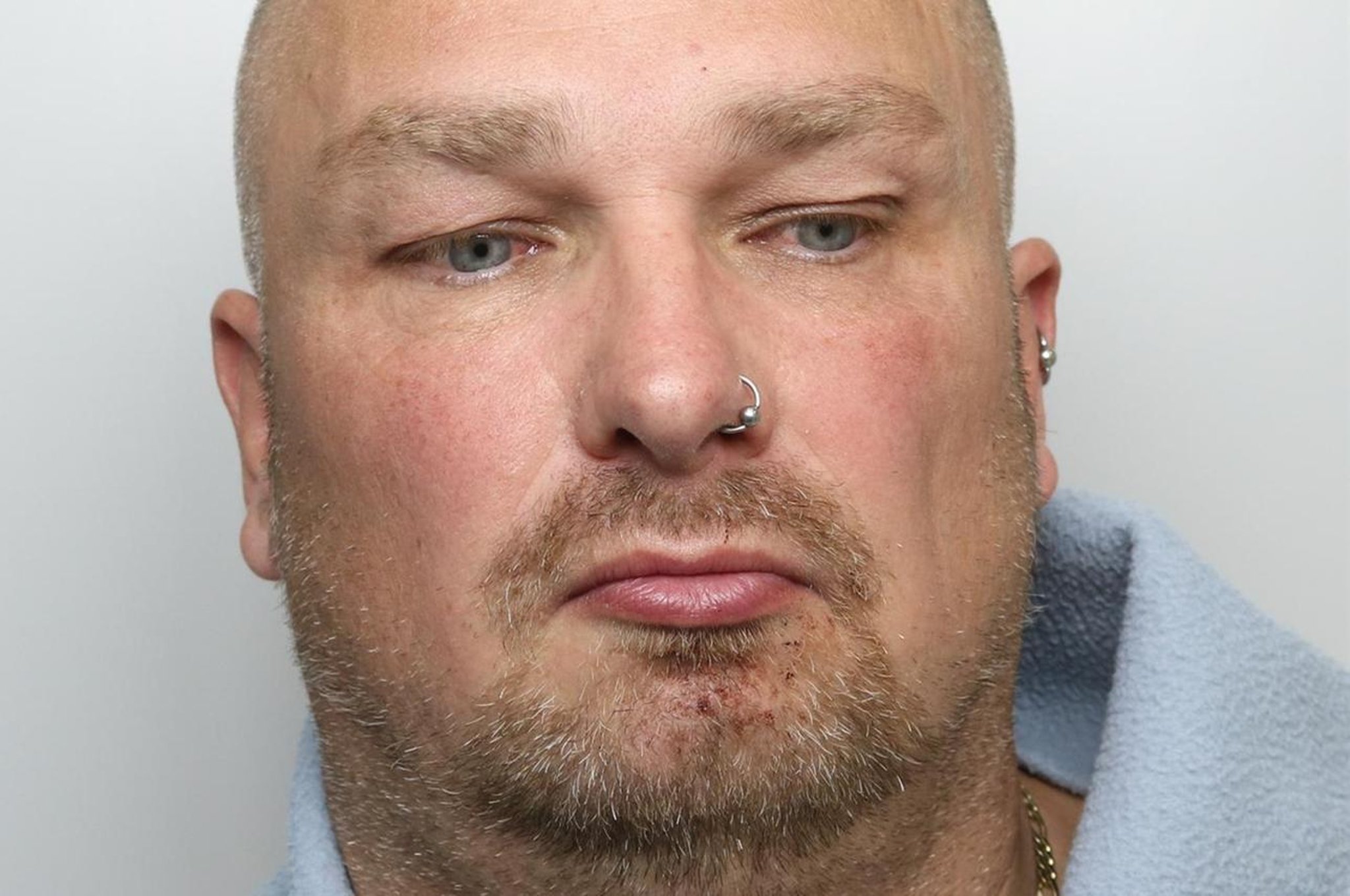 Melvin Thomas Bream broke into her house on Warren Avenue, Featherstone, and carried out the attack after she ignored his phone calls during a night out in July.

The 44-year-old, held on remand at HMP Leeds, pleaded guilty to a charge of GBH with intent.

Prosecutor Katherine Robinson said at Leeds Crown Court that the pair, who had been together for about 18 months, got into an argument in the days leading to the horrific attack after he told her was going to a friend’s barbecue.

Bream has a history of violence.

The argument then continued the next day, when she went to the Railway pub in Featherstone.

Bream continued phoning her and making accusations that she was cheating on him, which she ignored. After getting home late at night she went to bed on her own.

A short time later, Bream broke the window of the front door to gain entry then went into her bedroom.

The victim did not remember the attack, but she suffered a broken nose, lacerated lip and black eyes that doctors said were likely from blunt-force trauma.

The court was told that he had been violent towards the woman in the past, including punching her and squeezing her throat.

The victim read out an impact statement in court said the last attack left her struggling to eat for weeks, that she barely sleeps and has to have the light on.

The judge, Recorder Tony Hawks told him: “You are a violent man, and the relationship was marred by aggressive behaviour on your part.

“You broke into her house and launched a vicious and sustained attack. There was blood all around the room and she was covered in blood.”

Along with the jail sentence, he was given a restraining order of indeterminate length.

Here are the 9 most courageous breeds of adorable dog – brave, bold and beautiful

Wanted: 16 people police urgently want to speak to in Wakefield

Dogs Trust Wakefield: These 23 beautiful dogs in Wakefield are looking for their forever homes

Wakefield Weekly: Sunsets and Halloween among your best photos taken in Wakefield, Pontefract and Castleford this week

West Yorkshire Police are asking for the public’s help in tracing these people caught on camera across the Wakefield district. Wakefield Express…

This festive season, Wakefield Council and partners are bringing festive cheer to the district with an expanded Light Up festival. Wakefield Express…

If you are looking for a dog breed that’s afraid of absolutely nothing then these are the pups that should be topping your wish list. Wakefield Express…

A jealous thug who attacked his partner while she lay asleep in bed and broke her nose, covering the room in blood, has been jailed for six years. Wakefield Express…