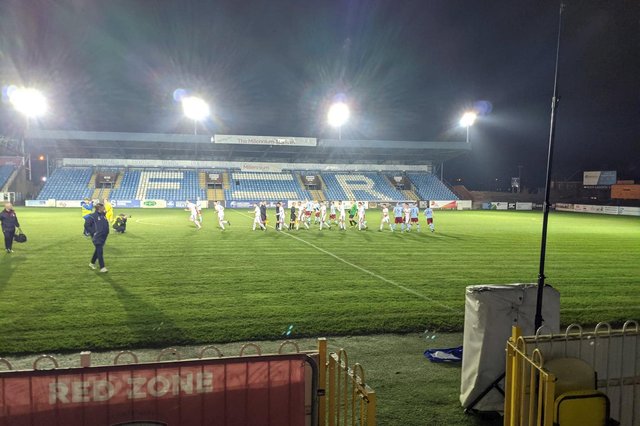 The club, founded in 2019, plays its home games at Featherstone Rovers‘ Millennium Stadium and has been drawing healthy three-figure crowds this season despite playing in English football’s 11th tier.

The leader of Wakefield Council said on Monday that talks had taken place about the club moving to the city of Wakefield and that club chiefs were currently “assessing which is the right site for them.”

Asked about the issue on an online Q&A, Councillor Denise Jeffery also pledged AFC would have “as much support” as the council can give them.

The i newsletter cut through the noise

Club bosses have previously placed on record their long-term ambition of moving to the city, with Wakefield thought to be one of the UK’s biggest cities without professional football.

On Tuesday, they revealed they want to build a community sports facility in Wakefield that would be used by its development teams, but a lack of external funding has stopped that project getting off the ground.

And with Rovers’ rugby league ground offering what many to be perceive the best sporting facilities in the district, AFC’s first-team games are set to stay in Featherstone for the foreseeable future.

In a statement, the club said: “We have no plans to move out of the Millennium Stadium.

Founded in 2019, Wakefield play in the 11th tier of English football, but have ambitions to rise up the pyramid quickly over the next decade.

“Wakefield AFC and Featherstone Rovers enjoy a productive relationship and we are working to expand this collaboration further.

“At the same time, since January, the club’s new ownership has been working hard to develop new community projects, including building a sports facility to be used by the city and the football club for training and development teams.

“Unfortunately, so far, although we would be willing to fund the project, we couldn’t find suitable sites or partners that would allow us to move forward.

“This initiative is concurrent with our partnership with Featherstone.

“We will continue to work with various parties towards our ultimate goal of being embraced by the community and delivering a self-sustainable football club to the Wakefield district.”