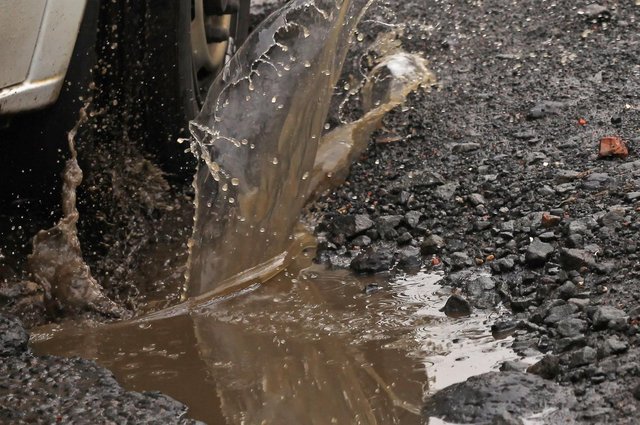 A council report detailing the state of the district’s highways blamed supply and delivery issues for the shortcomings.

The problems have largely affected smaller residential streets, which make up a far bigger proportion of the road network than A and B roads.

The i newsletter cut through the noise

The council blamed supply issues for the delay to some roadworks starting.

However, the report said that 13 per cent were currently requiring repairs.

The council is also missing its target for A road maintenance, with around two per cent of these needing fixes against a one per cent target.

The report said that: “Over the last year, the suitability and availability of resources in all the processes in the supply and delivery chain has limited the ability to deliver works on the ground.”

It added that that this had “resulted in a delayed start to some of the projects,” that had been due to take place over the last 12 months.

Councillor Matthew Morley said keeping roads in good condition was a “top priority” for the council.

The report continued: “The highways service has continued to keep the roads safe with timely potholing and patching works.

“However this delay had a detrimental impact on the ability to achieve the road condition performance targets.”

The report further explained that the council had “high confidence that the performance will recover”, once the delayed schemes had been completed.

It comes as the local authority announced it will invest £13m in road repairs over the next 12 months, subject to formal approval from its senior members next week.

Councillor Matthew Morley, Wakefield Council’s portfolio holder for highways, said: “Keeping our roads up to scratch is a top priority to keep everyone moving around our district.

“This additional investment allows us to deliver improvements that will be community focused and that promote safer walking, cycling and links to public transport.

“These plans will reduce congestion and improve local air quality.”

Nearly two thirds of the cash is likely to come from a regional transport fund, which has been devolved from the government since West Yorkshire elected Tracy Brabin as its first metro mayor last May.

Coun Morley added: “We are pleased that we have secured this investment to ensure our roads, footpaths and paths are as well-maintained as possible across our district.

“However, there will always be more that needs to be done and we will continue to prioritise those areas most in need.”

Wakefield school teaching assistants would ‘rather work for McDonald’s, Tesco and Amazon’ than in the classroom