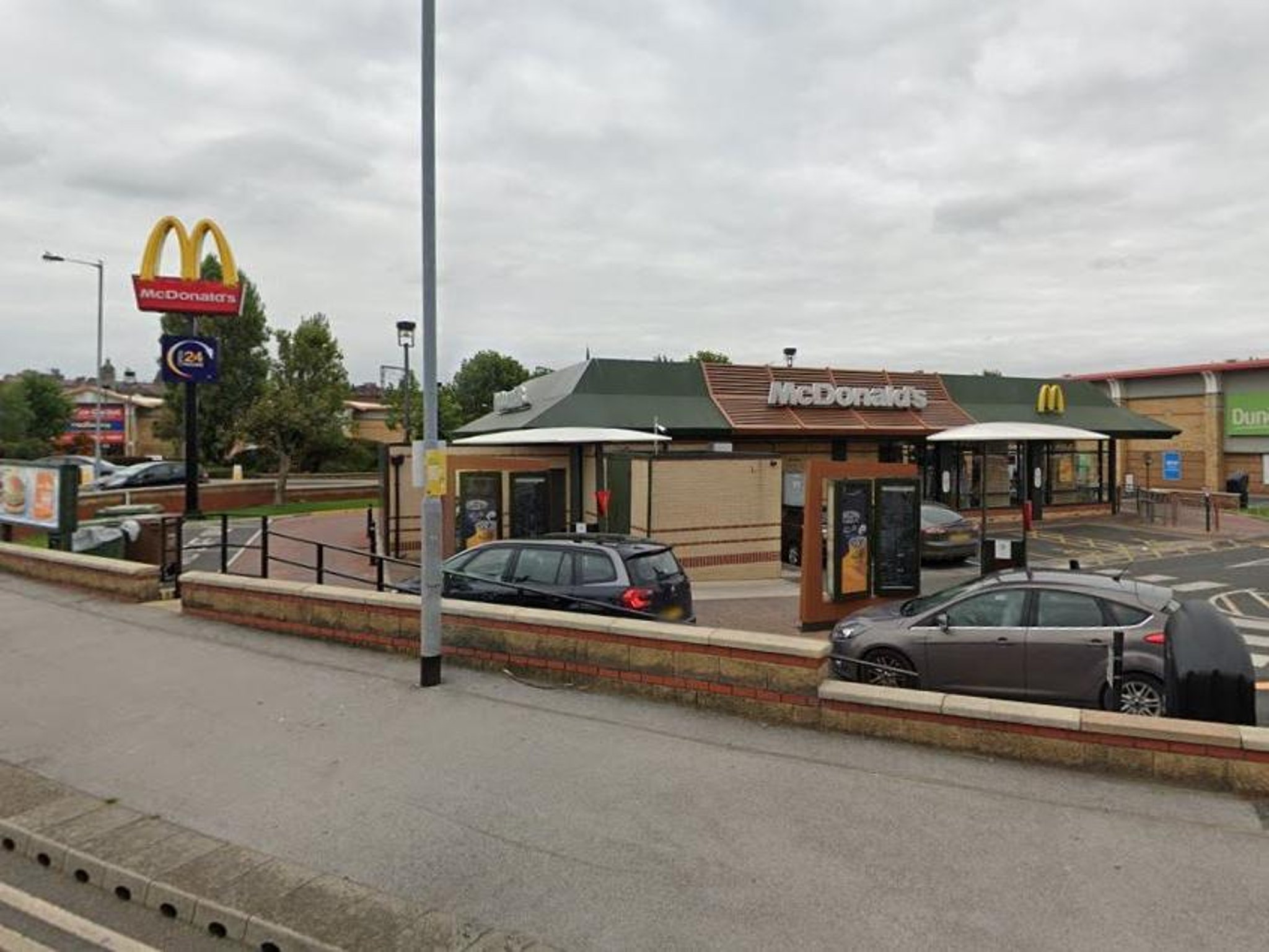 Lloyd Parker replaced the takings from the Cathedral Retail Park store with bits of cut-up newspaper after using the stolen cash to attempt to win back what he had lost, Leeds Crown Court was told.

The 30-year-old even spent his family’s Christmas savings money to claw back the deficit, but lost it all.

Prosecutor Emily Jenkins told the court this morning that Parker had joined the company in September 2018, and was promoted to shift manager in 2019.

The McDonald’s on Cathedral Retail Park.

He was in charge of cashing up and recording the money before dropping it off in a safe.

On December 14 last year, he sent an email to the restaurant’s business manager saying he was suffering from mental health problems and was going to London.

HSBC then sent an email to the company later that day saying bags of deposited cash from three different days had no money in them, and was replaced by the torn-up bits of paper.

Parker had been working and cashed up on those three days.

Ms Jenkins said the business manager had been left shocked, that Parker was a “trusted member of the team” and did not think he was capable of stealing.

Parker, of Windsor View, Dewsbury, was arrested and interviewed on December 22, 2020 but gave no comments during interview.

He admitted one count of theft during a hearing at Leeds Magistrates’ Court in June.

He has five previous convictions, including burglary, theft and criminal damage.

Mitigating, Kate Bissett told the court that he was “terrified” of being sent to prison.

She said he had a difficult upbringing in the south of England and self medicated with drugs and alcohol, but had settled in the north with his partner and two children.

He was put on furlough during the pandemic, but because he was only receiving 80 per cent of his usual wages, and had no overtime pay, debts mounted up.

It was then that he opened a gambling account with a free bet, before opening more and more.

Ms Bissett said: “By the end there were not only family debts, but gambling debts also.

“He admitted he became a gambling addict and was receiving up to 40 emails a day from the gambling companies.

“He knew full well he was not going to get away with this. He had spent the money put aside for Christmas presents and Christmas dinner.

“His intention was to successfully gamble it and repay the money to McDonald’s so nobody would miss out, but we know that’s not how it works.”

She said that since his arrest, he has addressed his gambling addiction and has entered a debt-arrangement plan to pay back the money.

The judge, Recorder Bryan Cox QC handed him a nine-month sentence, suspended for two years, and ordered him to carry out 120 hours of unpaid work.

In pictures: Your best photos as incredible thunderstorm sees lightning strike across Wakefield, Pontefract and Castleford

From Michael Jackson to The Kinks, here are 12 famous musicians who have performed in Wakefield and the Five Towns