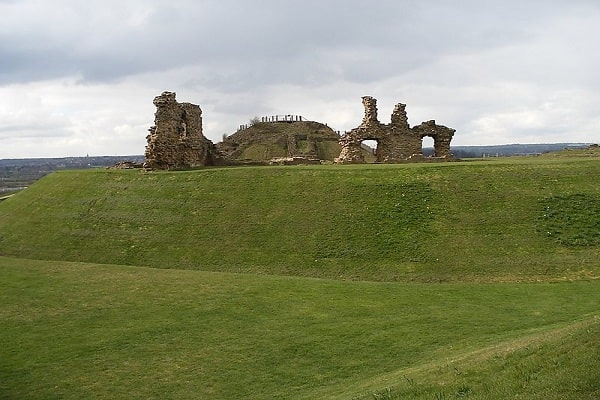 Sandal Castle is located on the southern side of the River Calder. Although the first surviving record of the structure dates from circa-1240, the fortification was constructed much earlier. It is generally attributed to William de Warenne, Second Earl of Surrey who had been granted Wakefield for his support to Henry I during the Battle of Tinchebray (1106).

Construction of the castle, which was an earth and timber motte-and-bailey fortification, probably started soon afterwards with the site serving as the administrative centre of the Wakefield manor.

The location chosen was an undeveloped site, a little under two miles to the south of Wakefield, reflecting the political reality that forty years after the Norman invasion, castles no longer needed to be super-imposed upon existing urban centres.

Instead it was constructed at a location where it lay at the heart of the arable and population resources across the wider manor.

~Things To See and Do, Activities, Where to Eat, Where to Stay in Wakefield~